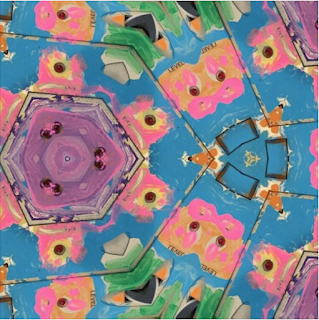 This is the second post featuring the work of Drew Blankenship's project "HogBarber" and our first post related to the latest SoundCloud release "Witch's Ingredients" coming in at 32 minutes and 42 seconds.  The first nine minutes sound like what it would be if every member of the band The Strokes had a mellow & collective lucid dream with The Flaming Lips and nobody can see their hands moving just music coming from within.  The next phase of this work is more awake and comes together to form very melodic psychedelia in sunshine feel complete with ambiguous vocals to make it all the more mysterious when intermixed with abrupt song changes leading into a meditative drone.  This is the sound of true d.i.y. straight to soundcloud psychedelic indie music.  Personally I could have gone without the vocal loop crescendo jammer but they are sure fun to make I can tell you that.
Not sure if I can tell you the exact list of ingredients after listening to the whole thing but this work has something magical to it and could be worth listening to again if you like the d.i.y. soundscape and original heartfelt xylophone riffs. 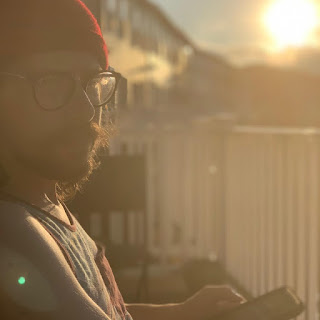 (HogBarber is Drew Blankenship)
Posted by Alroy at 2:35 PM No comments: 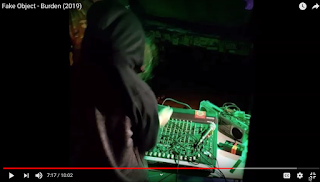 An intimate peak into the life of Eric Tomillon (RVA) in the form of 'Burden' (2019).  A stunning portrait of personal reflections in the light of the Super-moon synchronicity with the Spring Equinox.  This is nothing like anything Fake Object has ever produced in that it's more than an exploration into harsh noise wall, this is the arrival at a brand new form of psychic relief structures mixed with aesthetic rituals that will leave you digging deeper and deeper.  This is a monument to inspire future generations of sound artists who have realized the importance of stripped down, soul bearing revelations to showcase the evolution of internal dialogue and the repetition of spoken word sentimentalities.
Recorded solely with a microphone and a contact mic.  Moments of liberation sneak into the framework and you find that escape in the hearts of mankind in the dawning of a larger day.  The reality is 'Burden' (2019) by Fake Object is one of the realest releases from Eric Tomillon's prolific career as a sound artist.

HogBarber - The Beautifiul Nasty Laughtrack At The Portal To Hell 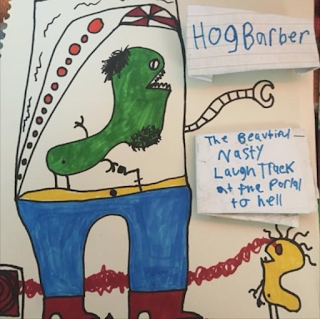 ( HogBarber -  The Beautifiul Nasty Laughtrack At The Portal To Hell )

HogBarber (Aka Doctor Ew) is Drew Blankenship based out of DC and is an artist who potentially holds the key to understanding modern ambient lo-fi.  With just one long .wav file on soundcloud available, it actually makes for a very convenient listening experience.  Here are the song titles:

The songs go in and out of shoe-gaze influenced transcendental smoothness to a more gritty lo-fi radio swelling type experience.  This has a very homemade feel to it which will delight people familiar with the underground cassette tape trade.  The rhythms are organic and the vocals are almost reminiscent of Damon Albarn.  The mixing is what really stands out in this album and ability to be completely honest in not trying to hide any imperfections which are far and few.  The sounds float long and bring you to very nostalgic states almost as if teleported directly into a video game soundtrack.  This journey will keep you questing till the end.
I recommend giving this album a listen. 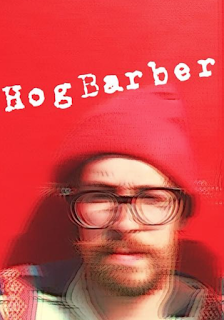 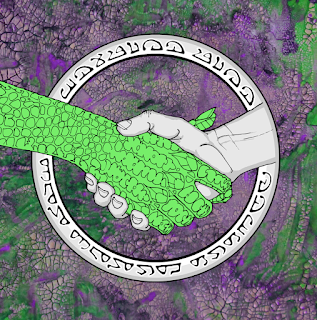 If you're a fan of inter-dimensional genre-moshing this is the right place for you.  Strap yourself in for a ride of a lifetime.  This is a unique synthesis of musical prowess which will make you question which plane of existence you have entered.  Not to say you will feel alienated in anyway, you'll find a new home in your species and awareness of how good this group operates, apparently in perfect cohesion and sync.  Truly unlike any other work by these incredible and critically underrated artists.

You don't have to be a reptile to appreciate how the album starts with an instant banger called 'Drink the Potion' and immediately satisfies the thirst for high-quality riff-heavy lo-fi psyche-pop which morphs into a mystical odyssey to titillate the imagination, full of magical themes and commentaries on visceral realities.  It sets the tonal precedent for how the rest of the album will unfold.

These guys know how to capture the purity of light upbeat rock and roll jammers with songs like Lemon Meringue, Judy Boon, Ecoterrorist, Mystery Friend, The First Call to contrast with the clean-shimmers and polished pop ballads which glimmer like beautiful dreams, such as: 3 A.M. Meteor Shower, Bridgette Midnight, The Party is Cancelled, To Daniel and Phantom of Time.  But it's not all rock and pop, getting into the experimental jazz and avant-garde/post-psychedelic punk sensibilities has to be what makes this one of the most cosmically-manifested albums in contemporary American musical history, with tracks like:  Split Spirit, Crimes of the Times, Perfect, Puffins, Blue Pocket, Use the Honey Sweetie, Sex Club Nazi and Shinto Weather Station.

Bull in a China Shop was a good track which actually reminded me of my ex.
Obvious standout is We Are Not A Cult which features an inspiring music video with Mandek Penha.

Word from our sponsors:
Exclusive Reptile Tile tracks will be featured on an endless loop for the only show on Finality Radio a collaborative experimental noise radio platform based in Philadelphia, PA
"Everyday is the Same Day". 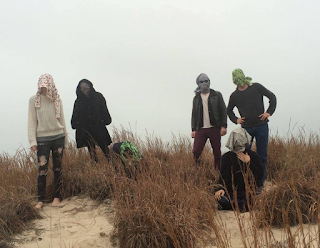