IVORY TOWER by INSIDE YELL

'Ivory Tower' by Inside Yell


From start to finish, this album contains the unmistakably unique glory the Richmond chill pop scene manifested as a modest cohesion of conscious melodies and perhaps unconscious nostalgia for older forms of stylistic expression.  All the songs are solid with stand out tracks like 'Wet Walk', 'Deep End', and 'Strange' which all feature Madeline McCormack on drums.  Obviously crafted delicately, these songs give off the overall impression of a brilliant culmination of humble yet harnessed musicianship coupled with well-played sonic sweetness which drips over slowly and sticks in the heart just like honey.  With this album, it's hard to listen to all of it just once and each cut begs to be heard again and again. 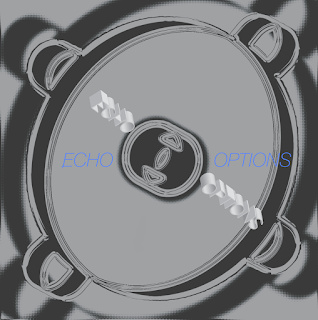 Born in South Philadelphia on the day after a Super Harvest Blood Moon Eclipse concluding the end of the papal visit, Echo Options signifies a new birth in the universe and possible disk space to share. This label is D.I.Y. Noise, Electronic, Cyberpunk/goth, chill & vaporwave, acid pop rock, industrial/experimental.

Other things born on this day {source: wikipedia}: